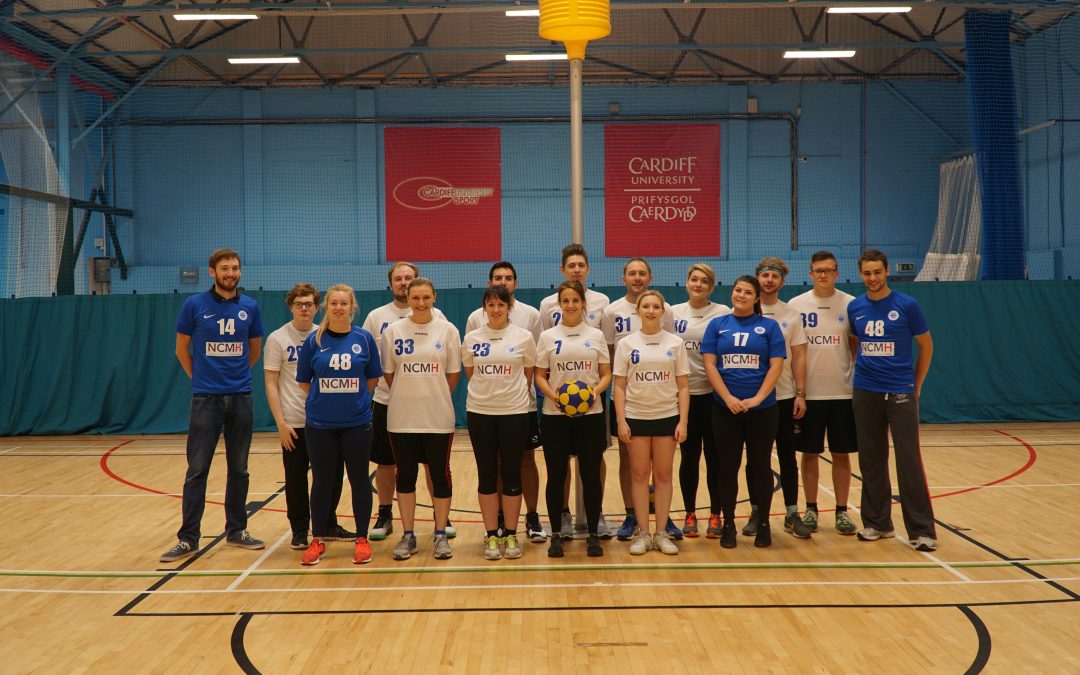 Cardiff City & Met Korfball Club are excited to announce shirt sponsor the National Centre for Mental Health (NCMH) for the Welsh National League and Western Regional League for the 2017/18 season.

The National Centre for Mental Health, based in Cardiff, brings together world-leading researchers from Cardiff, Swansea and Bangor Universities to learn about the triggers and causes for mental health problems.

The club has two teams in the Welsh National league and one team, in the Western Regional league playing teams from Bristol, Exeter, Farnborough, Oxford and Southampton.

Club chairman and coach James Wilcox said “We are thrilled to be working with NCMH and look forward to helping raise awareness of their potentially life-changing mental health research and empowering people to get involved. It is the first time in the clubs history that we’ve secured a shirt sponsor for the indoor season.”

The club played three matches this weekend beating Aberystwyth Red Kites (24-14) and Cardiff University 2 (9-7) on Saturday. Sunday saw the first regional match against Exeter where Cardiff managed to win (23-18). A great start to the season.

You can keep up to date with progress at:
http://waleskorfball.leaguerepublic.com

Throughout the season the club will be using tweeting using the hashtag #teamNCMH. For more information on NCMH follow http://www.ncmh.info/