City Off to a Flying Start 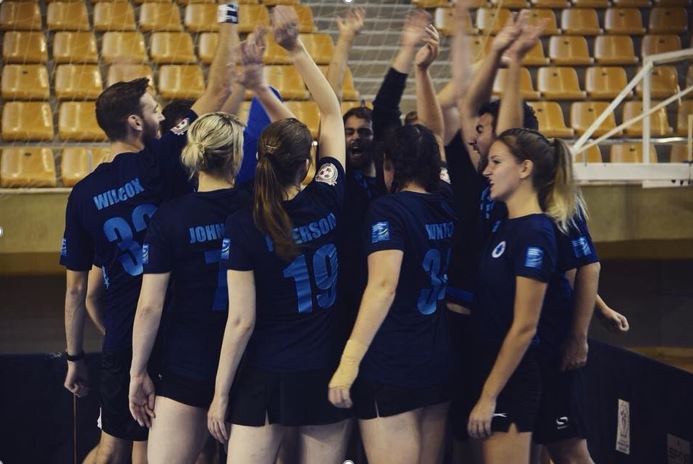 The first round of matches for the 2018/19 Regional League Season saw Cardiff City and Met playing the newly promoted Bristol University 1st team. In spite of the final score, it was nevertheless a brave performance from the Uni side, with many positives to take into their next game, and featured some stellar individual performances.

Cardiff took an early lead, as the Blues had hoped, but an immediate answer from Uni Captain Essy King, leading her team by example throughout the match, levelled the score at 1-1. The first minutes of the game saw the Uni going goal for goal with Cardiff, but with an on-form James Wilcox down one end and Tom Coleman sinking goals and creating more chances under the post down the other, both leading Cardiff’s impressive team performance, Bristol increasingly struggled to get going on their attacks.

Not everything was going Cardiff’s way however, in spite of having players who had hardly a handful of local league matches under their belt, let alone at regional level, the Uni players showed skill in picking out timely runners on the attack and a sound ability to rebound the collect, shutting down many a Cardiff attack before it truly got going. Pip Slattery in particular gave a commanding performance under the post, out competing the Cardiff boys time and time again. At the other end Cardiff’s newest signing, Welsh International Niamh Sully went toe to toe with King, eventually sinking four goals in a sparkling debut for Cardiff City.

Despite good performances across the Bristol team the sheer experience of Cardiff started to show, with the gap quickly widening to finish at halftime with the score at 17-3.

The second half saw some changes to the City divisions, but with players coming on who had been tested at the 1st round of this year’s Europa Cup the momentum hardly slowed. Ellie Johnston took a hat-trick of goals, whilst Paul ‘just keep trying’ Farnell eventually sunk one, much to the elation of the Cardiff supporters. Bristol also fought back in the second half, tightening their defence and slowing the flow of goals from their opposition, whilst doubling their own score. Bristol’s Jamie Luxford put away two of his own whilst maintaining an impressive performance, especially towards the end of the match, having marked up against the mighty Jim Wilcox.

As the game neared its end Cardiff put the pressure up again with a flurry of goals from both attacks. The final score of 25-6 was well contested by both teams and bodes well for the rest of their seasons. Cardiff especially look set to take a place near the top of the league table, building on their impressive finish last season.

The league as it stands, after game 1: