The Welsh capital welcomed top korfball players from across the UK last weekend (Saturday 18 August) for Cardiff’s annual summer korfball tournament. The sixth summer tournament, hosted by the Cardiff Dragons and Cardiff City Korfball Clubs, attracted over 100 players from clubs across the UK including Manchester, Gloucester, Nottingham, Exeter and Basingstoke. 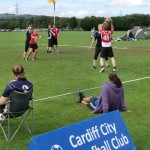 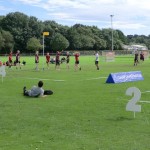 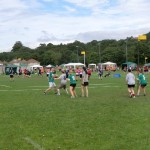 The tournament took place at Cardiff University’s sports fields in Llanrumney. Member of Cardiff City Korfball Club and tournament organiser Kate Saunders said: “It was fantastic to see so many players taking part this weekend. The tournament is a fantastic opportunity for clubs to play against other teams from across the UK. The standard this year was really high. Congratulations go to the British Students team who were this year’s winners.”