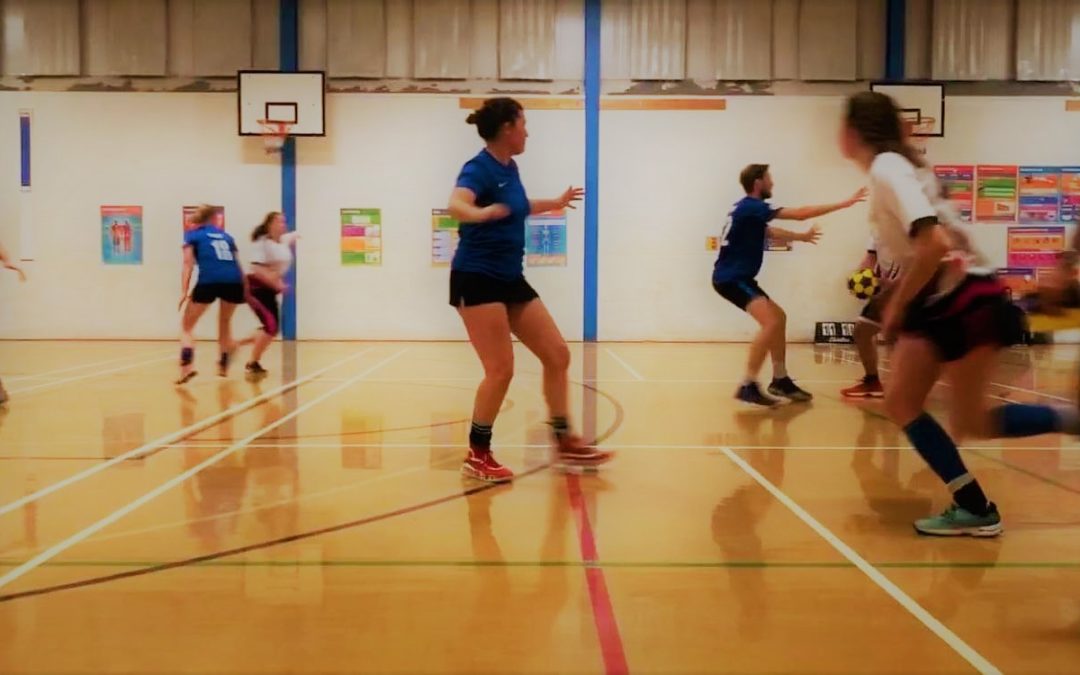 Cardiff Cyclones began their 2019-20 season with a tough away fixture against Farnborough Jets. The Jets just pipped Cyclones to 3rd place in the League last season and there was but a single goal separating the teams in Cardiff’s favour last year. This opening fixture could turn out to be a season defining game for both sides.

A combination of a small pitch and an unorthodox refereeing style led to a spectacular match. As suspected both sides went goal for goal for the first half. Between the Jet’s Captain Charlie Saunders being robbed of a couple of early long shots by some dubiously low set ceiling beams, and some wondrous shooting by Cardiff’s Catalonian signing, Albert Llop (all whilst under immense pressure from the mighty Victor Bogdanov) the game proved a nail biting watch. Cyclone’s ladies were on their usual impressive form; Kiera Evans cut through the Farnborough defence with characteristic ease, sinking a number of runners in the process. Meanwhile Alice Hunter sank multiple goals from beneath the post down her end.

Young Naomi Wrigley made her first start for Cyclones, utilising her speed around the court and, by using the post as an extra block, she timed her feeds perfectly, doling out the ball to her teammates at will and creating multiple scoring opportunities.

Throughout the half Farnborough kept pace with Cardiff and proved adept at punishing any small mistake made by the Cyclones players. Farnborough’s Laura Whitcombe poached 2 goals for her side with some sublimely timed interceptions, whilst Farnborough new girl, Exeter Uni alum Sam Over staked an early claim to her spot in the Jet’s regional team. Using her height and speed, she consistently competed against Cardiff’s boys for the collect, and battled valiantly on after taking a heavy knock to the head late in the first half.

The opening half ended 8 – 8 as a last-minute, Hail Mary shot from Bogdanov rescued the Jets from entering the second half on the back foot.

Cyclones kept things steady going into the first half, making one change in bringing on Bea Morris for Wrigley. No doubt hoping Morris’s aggressive playing style would shake things up for the Jet’s Defence, the substitution quickly proved a shrewd move by Cyclone’s Player-Coach Kris Banham with Morris sinking a beautiful long shot after only a few minutes, following it up shortly after with a coolly taken penalty.

Ever so slowly the cracks began to show as Farnborough’s shots were pushed further and further out by dogged front defence. Jack Mitchell showcased his defensive prowess, getting fingertips to any pass coming his way, disrupting multiple Farnborough attacks before they could build momentum, whilst James Wilcox and Banham really began to dominate the collect, after facing a tough battle for position throughout the first 40 minutes of the match.

With the game drawing to a close, Matthew Morgan was brought on, throwing a couple nice assists for Wilcox and grabbing a Free Pass assist for Hunter, Cyclones began to pull away. Tired legs meant Farnborough couldn’t find an answer to the late Cyclones push resulting in Cardiff earning a well fought 20-14 victory.